Post-metal made in London.

Our riffs will hurt you, and our ambience will make you cry.

‘Postsynaptic’ is the latest single by UK based Post-Progressive rock band, Tacoma Narrows Bridge Disaster from their upcoming eponymous album which will be out on August 19, 2021 via Post. Recordings.

The World Inside (single)

1.Truth Escapes 08:23
2.Escapes Truth 02:30
about
Truth Escapes is the brand new single from Tacoma Narrows Bridge Disaster. A mesmerising journey into the sound of the band, exploring ambience and heavy rock riffs in equal measure.

It is a taste of what is to come, with a new prog-rock ambient-metal tinged album landing in 2019.

The emptiness
of our lives

Production, engineering, and mixing by Michael Bugh and Drew Vernon.
Mastering by Fat As Funk – fatasfunk.com

The album was mastered by Mehdi Safa of Shelsmusic fame.

Brand new to Bandcamp – make sure you get the FLAC version!!
credits
released November 21, 2009

A Cheery Wave From Stranded Youngsters: An Instrumental​​/​​Post​​-​​rock Compilation (Issue One)

Sometimes life is full of surprises.

About a month ago, after a long three and a half year run, I deleted Tacoma Narrows Bridge Disaster‘s Exegesis off my space-deprived iPhone to make way for albums to be reviewed. Not one week passes when out of the blue Tom emails me and asks if I want to review their newest album. Needless to say I jumped at the chance.

Wires/Dream\Wires see the band returning after three years off pretty much in stride with Exegesis.

TNBD play post metal and follow the basic blue print of the genre, which is to see quiet instrumental pieces which slowly build up to distortion pedal stomping crescendos. Hooray. Another band in a long line of post-it note acts.

First – they adhere to the basic recipe, but they carved out their own niche. You have ebbs and flows, build-ups and releases, but it doesn’t just sound like another Explosions In The Sky knock off. It’s not post-it by numbers. They have their own slightly mutant version with their own flourishes and swells. Every player has their part, every player has their moment, and they all fit together.

Second – they do it better than most. Far better. It just feels more evocative. The entire point of the genre is to try to paint a picture with sound. To go with that analogy, their music would be hanging in a gallery somewhere, while most of what I’ve listened to would be on display in an office building. The kind that sells office supplies, perhaps, like Post-It notes.

Third – There are the exception to the rule. My normal advice to post bands not named after bridge collapses is to cut the singing. Too much HUHIGIGGAWWWRRR too loud in the mix that makes me want to jam barbed metal skewers into my ears. TNBD vocals are great and add to the music.

So with Wires/Dream\Wires the band have crafted songs that are a slight improvement on Exegesis, which is impressive given how much I enjoyed that album. Amusingly, however, it seems they took to heart the advice I’ve been trying to give the other acts. The album is nearly entirely instrumental. You get some vocals, a little muted, on the closer, “Passing”. That’s it.

Ultimately while initially a tad disappointed with the lack of vocals on this effort, after repeated listens it didn’t terribly much matter.

Wires/Dream\Wires is like a big, massive hamburger loaded with bacon, grilled onions, mushrooms, or whatever else you dig on your favorite. This is my review, my palate is king. When the plate arrives you might expect a mountain of fries to greet you along with the burger, only to find a handful… woe is the diner. However once you’ve devoured the tasty, tasty burger you realize it’s a damned fine meal on its own and you didn’t need the fries in the first place.

Or something like that. Side note, I probably shouldn’t review on an empty stomach.

I’ll just say three years and change ago Tacoma Narrows Bridge Disaster re-ignited some enthusiasm in a genre that seemed doing its finest to choke it out of me. The same holds true now with Wires/Dream\Wires. A thoroughly enjoyable album, great for enthusiasts of the genre as well as a good starting point for those looking to dabble. 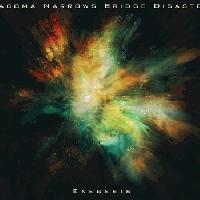 Review Summary: Tacoma Narrows Bridge Disaster produce what could be an unexpected addition to many year-end lists.
Every year, there seem to be a few bands that manage to come from out of nowhere and make a name for themselves. Some burst onto the scene and demand attention; others aren’t as electrifying. At first glance, there isn’t much that separates Tacoma Narrows Bridge Disaster from the thousands of other hopeful progressive/post-metal groups trying desperately to stand out in the world of underground music. The extravagant band name, the picture of a nebula on the album cover, the complex song titles – they’re all here. To be frank, it’s easy to see them coming off as “just another Isis ripoff” to a casual observer. In this case, however, there’s more depth than meets the eye. Exegesis is an impressive effort from a young band that is beginning to find its own niche, taking the traditional post-metal sound and adding new innovations.

There is an overlapping ominous theme that connects each song with the one before it, creating a chain of powerful songwriting. While much of the music is instrumental, the sections that contain vocals are especially noteworthy; vocalist Dylan Foucher alternates using a throaty yell and a soft croon whenever the song necessitates it. Both guitarists display an impressive array of riffs, ranging from Tool-esque chugging to dissonant melodic leads that intertwine wonderfully with the backing music. The title track, arguably the album’s finest, is the best example of what Tacoma Narrows Bridge Disaster brings to the table. Over the course of several minutes, the lumbering song blossoms from a simple clean melody to a massive wall of sound, climaxing in a final minute that can only be described as awe-inspiring.

While the group’s influences are absolutely crystal clear, they do an admirable job of trying to branch out and create their own sound. Fans of Tool should find many things to love about this album, as the band borrows much of what made Lateralus so universally praised. However, the song structures are much more similar to bands like Pelican and Neurosis in their ebbs and flows. Though there are still some lulls in the songs (which are eight minutes on average), a young band can generally eliminate filler as they grow as songwriters. Tacoma Narrows Bridge Disaster have done their part in creating one of the more surprisingly solid albums of the year and a possible candidate for many year-end lists to come. All they can do now is hope that they don’t fade into anonymity like so many other hopefuls before them.

TACOMA NARROWS BRIDGE DISASTER hail from London, the meeting of five minds who share a love for atmospheric and melodic art-metal. The band was formed in 2008 with Drew VERNON and Adam PAUL on guitars Tom GRANICA on bass, Alex RAINBOW on drums and Dylan FOUCHER on vocals and synths. Bringing together elements of post-rock and progressive metal, as well as diverse influences from glitch to stoner rock, the collective achieved a unique and spellbinding sound. Moments of reflective serenity and complex spiraling soundscapes mix with massive riffs and crushing climaxes.

In 2009 the band recorded their first album, the all instrumental “Collapse”, favoring a DIY approach as to keep the sound as close to its original intention as possible. In 2012 they followed up with the highly acclaimed second album titled “Exegesis”. TACOMA NARROWS BRIDGE DISASTER will appeal to a large group of progressive music fans, as it combines elements of bands such as ISIS, TOOL, RIVERSIDE, PELICAN and EXPLOSIONS IN THE SKY.

His works bring long, well-structured, complex, intense, somber, vigorous melodies described by a prominent bass, full of noisy, distorted, high-pitched, precise, marked and guided by a percussion in both times.

With beautiful, creative strumming, the band has extensive experience in sound scenarios that transcend and delight with an impressive and masterful performance.

His latest release, “Machinations” is immersive, refined, atmospheric, with creative synthesized arrangements marked by the bass and the drums in a precise way that erupt in ecstatic feelings with a landscape that floats at the apex of creation, yet another consecrated gem.